Coffee Lessons From Aunt A. 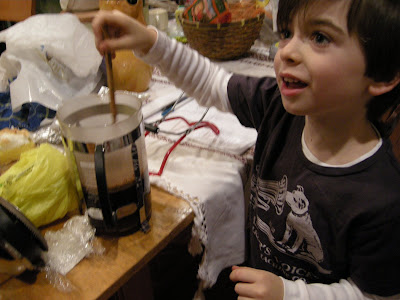 I love the smell of coffee but I don't drink it and I don't make it at home. So when his Aunt A. set out to prepare some, I was thrilled when Izzy was invited to help. Little did I know that Aunt A. herself was pretty much a coffee novice and only recently has come to learn a thing or two about it.
She could hardly avoid it, given that her girlfriend is the proprietor of the popular Pittsburgh cafe, Enrico's Tazza D'Oro, which sells some of the finest coffee in the country. 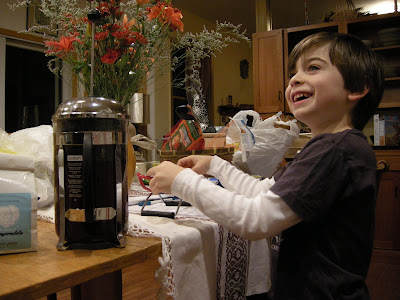 Izzy patiently awaits his turn to press the coffee grounds. 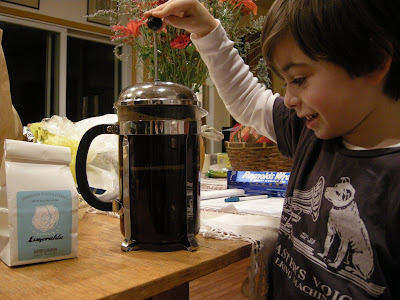 Izzy was eager to do his job but waited until Auntie A. gave him the go ahead. He slowly pressed when the time came.

Even though I don't usually drink coffee, I had to try some of this. After all, Aunt A. said that this blend was very special, and I would say so at something like $50 a pound. At those prices I guess it pays to know someone in the business!

Izzy- you look like a pro barista. If ever in Pittsburgh we will have you make our French Presses at Tazza D'Oro - http://tazzadoro.net/news/tazza-d-oro/refresher-on-brewing-coffee-in-a-french-press/

Such crisp, beautiful photos. And he looks so grown up! That makes me sad, but I think they are at an age of sprouting...xo A.