To give, To Get, To Give Away: Willy Wonka and The Switch Witch on Halloween 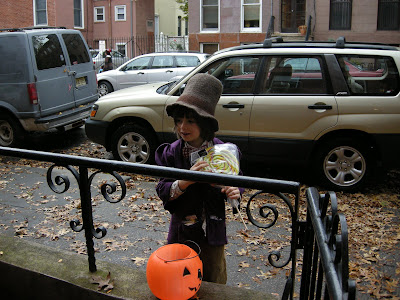 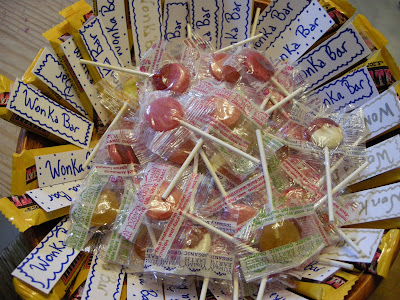 To get: All manner of sticky, sugary, dyed treats; the usual chocolate suspects (m&m's, nestle crunch, mounds, etc.) lollipops in many colors, pretzels and surprisingly, no candy corn. 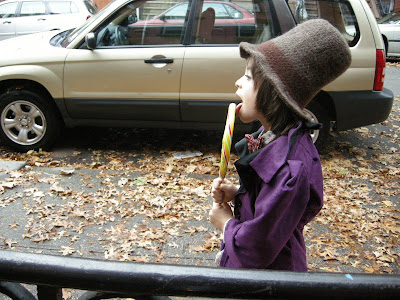 Does Izzy really need to accumulate other candy? That lollipop (the perfect accessory to his Willy Wonka costume) from Papabubble should last him until at least the age of 20!

Izzy was quite the competitive trick-or-treater, racing in front of his friends to be the first to grab handfuls of whatever they had on offer, whether he would eat it or not. Odd considering what happened after he brought all of his loot home.

Like last year, he dumped it all out and sorted it into categories. It was then I brought up the "Switch Witch" a most clever way to help diminish overflowing Halloween candy bags and save your kids from sugary meltdowns. I had planted the idea of the "Switch Witch" in his head the other day so the idea was not new to him. In my version, a witch would come and take some of his candy, in exchange for books. He was certainly intrigued. Today I mentioned that she might bring his favorite books and asked how much candy he would be willing to give up. He said, "All of it." I told him that he could keep a small amount and that the Switch Witch would take the rest. He happily bagged it up and even double tied the bag!!! Any takers for the leftovers?
Posted by Izzy's Mama at 10/31/2009 09:59:00 PM