A Week's Worth of Snack: For Naught?

Monday: Organic grapes and homemade banana bread with brown sugar
Note: Izzy forgot to eat the banana bread and not only that but only half was gone at pick-up.
Suspicious 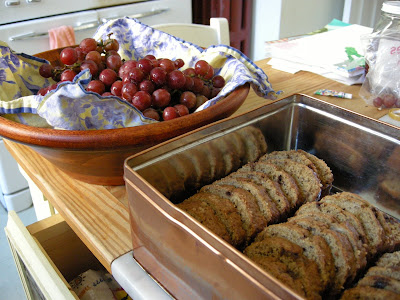 Tuesday: Buttermilk biscuits with raspberry jam.  Warm from the oven.
Note: At drop off, I offered to slice them all and put the jam on them, as I knew they would be unfamiliar to many of the children.  I was told not to (big mistake).
Izzy told me that he ate them but not many others did. 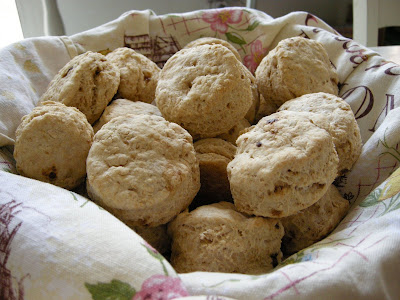 Wednesday: Secret Fruit Bars: Prepared with oats and mixed berries. Akin to a homemade granola bar. A sure bet and quite popular last year.
Note: Not so much this year.  I am getting increasingly perplexed. 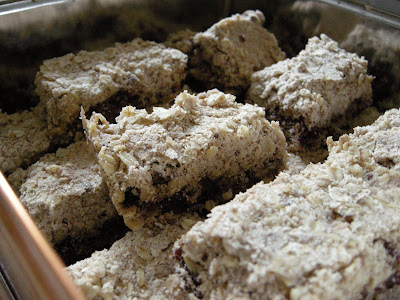 Thursday: Cream cheese and jam finger sandwiches. Bakery bread and organic cream cheese.  Multi-colored sliced peppers.  What could be wrong with that?

Note: Izzy says he ate his but they were not a big hit either. 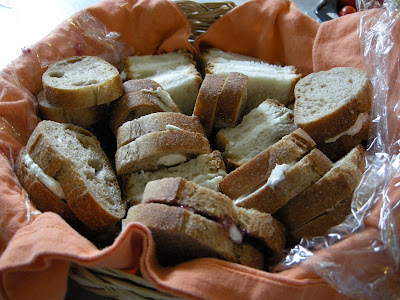 Note: Izzy said that he ate billions and billions of them.  Apparently his classmates did too since they were all gone.
How could it be that so many of these homemade snacks went untouched?  I asked the teacher, to confirm and that was where I found my clue.  She hesitated to respond and then said something about the children "not liking" the snacks.  How would they know whether they liked them or not if they DIDN'T TRY THEM???  It was then that I was reminded of last year and how the teacher would incorporate a brief discussion of the day's snack into circle time.  She encouraged them to try and try they did.

To be fair, the only snack I would have eaten from your list is the biscuits (w/o the jam). A lot of the foods I would have had texture problems with at 5...especially the banana bread/muffins.

It sounds excusatory, but I think it's the age. The kids seem to be pushing back hard on things that perhaps aren't "ingrained" in their home foods-based menu. For instance, Ella only wants almond- or peanut-butter and jam sandwiches for lunch. Luckily I don't mind since her classroom is nut-free and I like her having that in her daily diet.

I will be interested to see at what age kids return to a more adventurous taste! Does anyone know? I found age four to be the start of the "shutdown."

Jessica: You may not have eaten those textures at the age of five for a variety of reasons. Children eschew flavors and textures because they are allowed to. There are many things a parent can do to encourage adventurous eating.

A.: Teachers and peers can go a long way in helping change food habits and in encouraging better eating. My fingers were to tired last night to delve into the reasons why the children did not eat the snack. I still think that you can reduce or eliminate the "shutdown" if you are stricter in your stance.

My son is only 1 and half but he would have eaten any of the snacks provided and would have loved every bite. I am running into this situation as he recently started preschool once a week. They are amazed by the fact that he eats the home made luches I send him while looking at the other kids corndogs like he has never seen them(he hadn't) I can not wait until I got a shot at snack week.

Oh, how frustrating! My 3-yr-old would have eaten all of those things, and I am nowhere near the homemade cooking goddess you are. (I would also have dug into them if I weren't on my sad gluten/casein-free diet.)

What a hoot! I guess writing about food doesn't necessarily make you a good cook, just a good writer! The snacks look horrid! So great you can laugh at yourself! Hilarious!!!

Well, I guess I must be living on a different planet all together from some of your readers and other parents around me. I for one think the snacks look quite enticing and being FORTUNATE enough to know your cooking first hand can attest to their yumminess. In fact, I was lucky enough to have been bestowed with one of your secret fruit bars and it was so delicious I can't wait to try out your yummy recipe. After all you got me to eat butter after more than 15 years of staying away with that lovely scone you offered me the first time I visited your home almost 3 years ago now. I swear I can smell the yumminess when you are baking any time we are on the phone. Sometimes when you recount a menu you have prepared I can close my eyes and taste all the yummy delights I missed out on.

I agree with you whole heartedly that the teachers (and other adults serving children their meals) can make the whole dining experience quite different. Despite the horrors at my M's snack time with the gummy bears, Pirate's Booty and goldfish her teacher is amazing at introducing new textures and tastes to the "pickiest" of eaters. Every time M and I present an ethnic feast to her goldfish gobbling classmates E, the most amazing teacher, sits and makes lovely comments about how much she enjoys eating different foods and how she loves the colors and the smells and she goes on to talk about where the foods came from (she evens puts on "mood" music to accompany special treats). One by one they each fall. I had a child who said she would never ever eat a taco devour an entire plate of carnitas that I placed on her table. There were even kids who had never tasted guacamole at 4 yrs old who just couldn't get enough of it even after protesting for half an hour that they would simply not eat any of the snacks we had been talking about all day.

Can you beleive there were even some children who had never eaten a mango (we are talking about 4 year olds). A child's reaction to a food has all to do with the adults surrounding them. Children will almost always reject that which is not familiar and will look to their adult companions for guidance. We have a rule at our dinner table for M and for any other child or adult sitting at a meal with us. No one can ever say they do not eat or like any dish, ingredient or part of a meal they have been served. Instead, they are welcomed to say that they will try it again at a later date to see what their palate says at that time. Perseverance does pay off. Time and time again just a little persistence prompts M to gladly devour a food she had been swearing for a week she simply could not eat because as she puts it "her taste is telling her it is not for her".

And of course there is always Lola and Charlie or Sam I Am.

I would love to be lucky enough to sit at Izzy's snack table any day you are cooking.

Ashley: So good to hear that you are raising your son to eat a wide variety of foods! Keep it up and don't change your ways even if it seems he doesn't like something that he once did. Their tastes change from one day to the next but can usually be kept on track.

Sarah: Why, poor dear, are you on a gluten and casein free diet? I hope it is truly helping to suffer so.

Anonymous: My baked goods, particularly my scones and cheesecake, have quite a following and Izzy's teachers are always more than happy to finish up the snacks that the picky eaters eschew. I can assure you that I am more than a mere blogger, although I will save the details for my bio which is need of updating sometime soon. In the meantime, stop by and I'll give you a taste.

R. Thanks for your enthusiasm for my baking! I love the tale of the carnitas and I love how the teacher in M's class helps encourage the other children to try new things. It works wonders.