Doing The Dishes: Life Without A Dishwasher 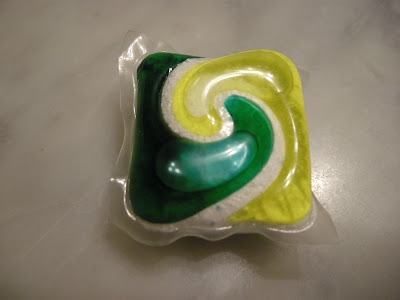 While living in a tiny apartment in New York City, there was never a question of whether or not to get a dishwasher, there was simply no room for one. And so I lived for ten years, washing dishes, pots and pans and whatever else fell into the kitchen sink. How did my hands look? Lovely because I always wore rubber gloves which were something my dear grandmother insisted upon.

Later on, when we found a house in Jersey City, I looked around the dilapidated kitchen, hoping there would be a spot for a spanking new Kitchen-Aid. Never mind that we were restoring this kitchen to its 19th century splendor, somehow, some way, it would have to fit. A. was opposed. It would ruin the period-look of the kitchen. How could we have a vintage sink, refrigerator and stove, along with a dishwasher? Perish the thought! Well not really.

My longing for the dishwasher prevailed and we had a spiffy stainless-steel Kitchen-Aid installed. Thankfully, it blended with our decor and I reveled in those first nights of cooking, dirtying extra dishes with the promise of a dishwasher available for clean-up.

After a time, the dishwasher began to fail me. Food was stuck to plates, silverware was greasy. And so began a series of repair calls, service visits and about two years of faulty dishwasher hell. I would throw big parties and the dishwasher would break, which it seemed to do on a regular basis. Weeks and months would go by and still the dishwasher did not function properly. The repairman insisted that there was nothing wrong with the dishwasher, only that it had been installed improperly. A. disagreed. And so the dishwasher sat. About a year ago, I threw in the towel and began to wash dishes again, pretending that I no longer had a dishwasher.

Then my friend S. came to visit. I explained the issue to her and she claimed to have the instant fix, in the form of a most UN-Eco-Friendly substance: Cascade Complete. These are toxic-looking squares of dish washing cleanser; not only will they scrape food from your plates but who knows what else the substance will do. I was torn...I use Seventh Generation dish washing liquid. How could I in good faith purchase a product laden with phosphates?

But it had been too long and I had washed too many dishes so I heeded the advice of S. and bought it. And it WORKED! Lo and behold, the dishes were clean and I discovered that I didn't need to use that toxic stuff every night, so I now I just sully the environment occasionally, trading off with Seventh Generation every few nights. Ah dish washing bliss..

Or so I thought, until tonight when, through, Facebook, I actually spoke to an old friend L. She asked what I was doing and I said, "Washing the dishes." (For even with a dishwasher, there are still pots and pans and other things that require washing so I still find myself in front of the sink)
She laughed and said, " I never wash dishes. I haven't in years. I hate washing dishes." I was perplexed. I couldn't fathom how she managed to consistently worm her way out of this odious chore. It was then she told of the ultimate dishwasher, a live-in maid, which is one type of dishwasher I surely will never have. At least I am still marveling over the fact that the one I do have is functioning.
Posted by Izzy's Mama at 2/05/2009 11:08:00 PM

Miss Lynn...
Your story reminds me of your grandmother! The kasha varnishka doesn't fall far from the table!
Your grandparents had a dishwasher in their house, but your grandmother had NEVER used it, because your grandpa told her it didn't work. lol
I do not have a dishwasher but I would love to have one. And if I had one, I certainly cannot imagine not using it.
Maybe you can find a dishwasher soap that is somewhere between your Super Green one and the Cascade. There must be other products that clean better but that are a little less toxic. I think a compromise situation is the best.
I can't bear the thought that you have a dishwasher and don't use it. I have to call you IJ!

THANK YOU for posting this! I thought my dishwasher was on the fritz & now I think it's just the Palmolive eco-friendly detergent! I just googled green dishwashing detergent & it looks like this isn't a new issue with the "green" versions, but it sounds like Citradish, Planet, Ecover, Biokleen, & Method get good reviews. I hope that helps you get back off the Cascade. I'm hoping not to go back. :)

I am enjoying my first dishwasher (since living on my own) and I am also a fan of these new dishwashing tabs..... they are the cure to a boyfriend who doesn't understand the pre-wash.
finally I can tell friends just to leave it in the sink and not end up washing dishes at midnight!