The Facebook world, while frequently irritating and mundane, also holds great potential. For me it is the promise of reconnecting with a great friend from my past. Several months ago, my friend J., who was my summer camp best friend during those delicate teenaged years of 15 and 16, found me on Facebook and we had a brief correspondence. We both shared fond memories of our time together at camp and pondered over why we hadn't remained in touch.

Recently when he posted that he would be visiting the New York area, I suggested that we meet. He offered to come to Jersey City for lunch. We both secretly thought it would be strange but something compelled us to give it a go. He wondered why I would allow "a strange man" into my house, and I wondered over the general oddness of it all. What did I really know about his grown-up self, aside from the fact that he had once dyed his hair black ( I forgot to tell him that I had done the same at one time) and had taken up ballet (forgot to ask if he still does it). Would I know him? How would time have changed the adorably sweet teenaged boy with whom I had frittered away the days playing backgammon and endless blabbing.

And then there was the issue of lunch. I had planned to make lunch for him. I imagined Heirloom Pea Pancakes with a side of Brebis Blanche cheese and a tossed salad. I even envisioned dessert. Alas my plans were far too ambitious.

When morning came, I became caught up with all of the above ponderings and couldn't settle down enough to actually cook. The very concept of seeing such a long lost friend made it too difficult to concentrate on cooking. Despite the fact that I had a fridge bursting with things to be eaten, I decided that easiest would be best.

When J. finally arrived I ushered him into the kitchen and we began to catch up on all of the long lost years. I had food on the table and eventually got around to creating a few sandwiches with Pecararo bread, fresh mozzarella, avocados and basil from the garden. The food was clearly secondary to the conversation as the day would not have been long enough for us to fit in all of those lost years. Our conversation was just as easy as it had been, so many summers ago. Snippets of our lives were pieced together, memories shared and the afternoon floated away, with a brief pause to pick Izzy up from the camp bus stop. J. came along and once back home we looked at pictures.

Izzy was surprised to see how we looked way back when. Below we are in our usual poses, lounging in J's room, chatting the night away. 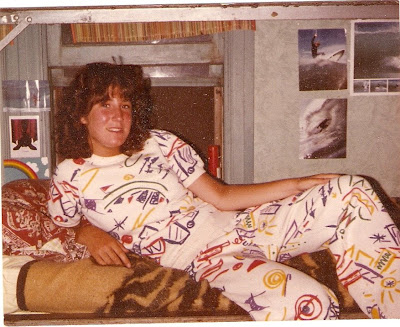 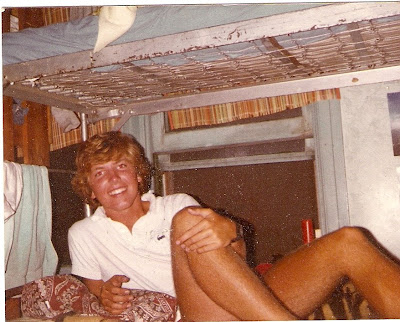 We finally took a break to take Izzy (and ourselves) to get gelato. Here we are, post-gelato. 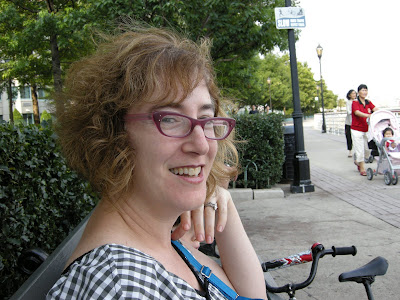 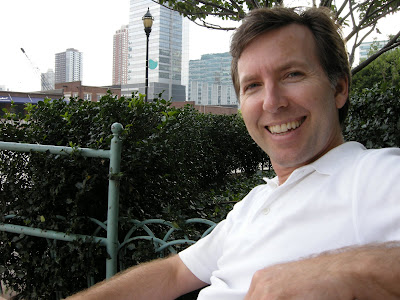 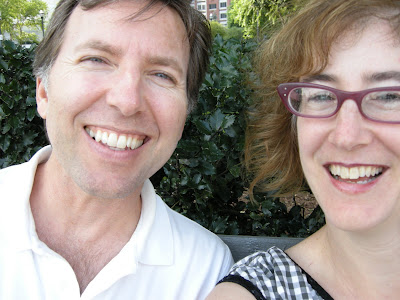 We each may have had a few reservations about meeting but they were quickly put to rest. It is plain see that our reunion was a success. Here's hoping that I don't have to wait another 28 years for the next one. And next time I promise to prepare a better lunch!