Where The Wild Things Were: A Sixth Birthday Party (With Flowers and an Empanada) 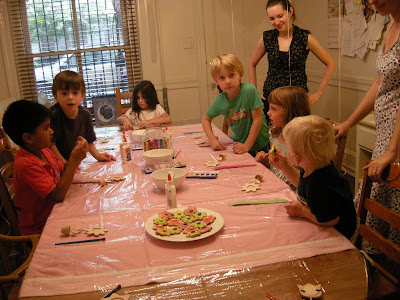 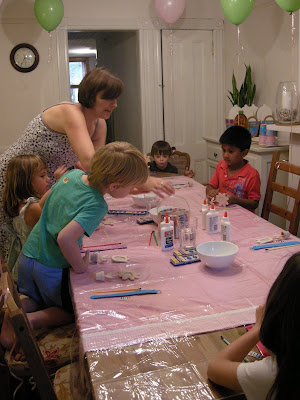 It was a flower party, all pretty pastels. The party began on a calm note, as the first order of business was painting small wooden flower frames. This was followed by a number of musical chair type games which became quite raucous, Izzy's voice rising high above the din. The kids were bursting with energy, or was that a sugar high after several frosted cookies and cups of apple juice? They were practically hanging off the chandeliers.

Then came the dress-up component which included large green hats and funny glasses for the boys.. And bright pink feather boas for the girls, which Izzy and the other boys were coveting. 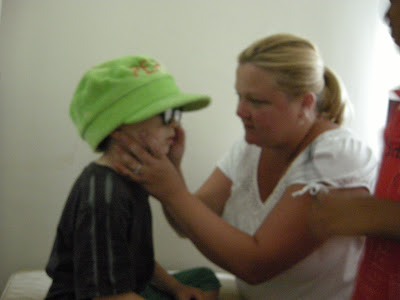 Properly attired, it was time for pizza and cake. The pizza part was uneventful, the cake a different story. The birthday girl watched as her guests each received their own cupcake with candle. She wanted one too, not realizing that she would be receiving a special one, a giant daisy cake. This brilliant idea went over well at her sister N's birthday. Here, not so much. 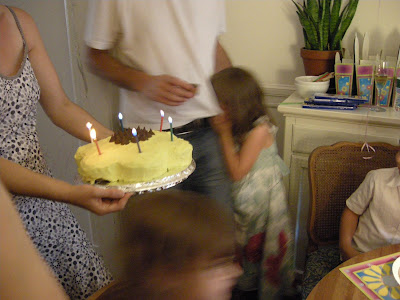 She just wanted a cupcake of her own. Understandable. 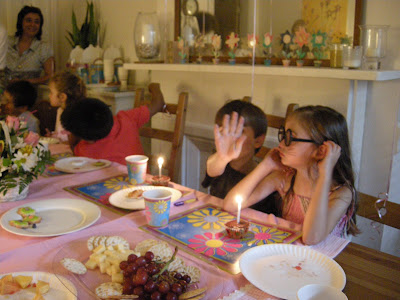 And the party wasn't over yet. Stuffed with cake, Izzy called me upstairs to witness the bursting of the empanada. Imagine what an awful mess that would be, empanada filling everywhere.. Good thing what he actually meant was "pinata". Just what all sugar-shocked kids need. 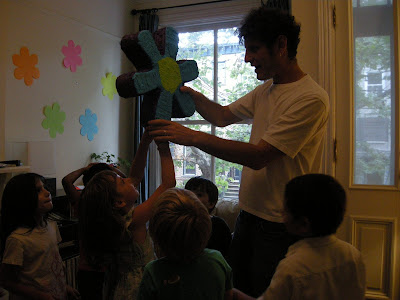 But a thrill nonetheless and a great way to see perfectly reasonable children turn mad as they scramble for red hots and plastic toys, vying for who could amass the most loot. The birthday girl was crying again, as were her friends as they squabbled over who got the bubblegum or the whistle.

Difficult to drag the kids from the mayhem but the party was over. Time for them to start dreaming of the next one.