When I emerged with this morning's snack in hand, donning my fifties-style dress, A. remarked upon the similarity between me and June Cleaver.

Mock me if you wish but I do love being "snack mom" for the week. Mostly because I love making things that Izzy and his classmates will love, that aren't filled with corn syrup and chemicals and are reasonably healthy but also because I am making up for the fact that nobody would have done it for me.

Does that make me June Cleaver? I doubt it. Since honestly I didn't know her that well. "Leave It To Beaver" was more a part of my brothers' childhood than my own, part of their half hour of t.v. allotment which I glimpsed only occasionally.

June Cleaver notwithstanding, I got a kick out of preparing snack this week. According to Izzy, all of the offerings were a hit.


Monday: Whole-wheat scones with blueberry jam. I used this recipe, without the figs and vanilla, sliced the scones down the middle and sandwiched them together with a layer of jam. 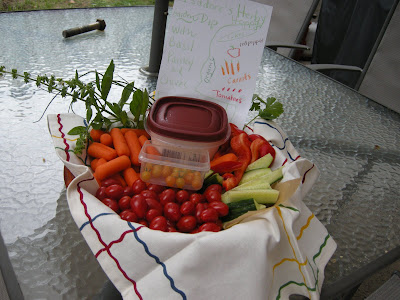 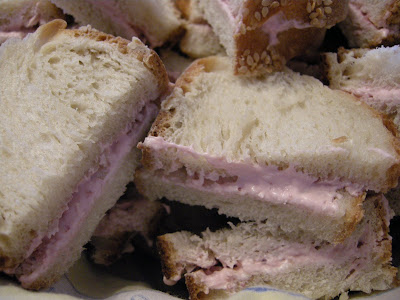 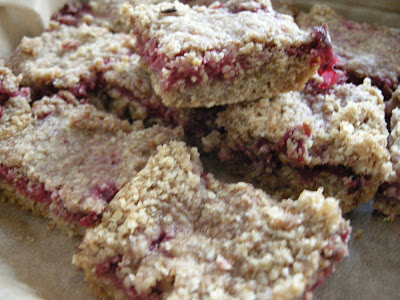 These were a cinch to put together. I just slathered the cream cheese on half of the tortilla, layered with bananas, folded over and cut into thirds. 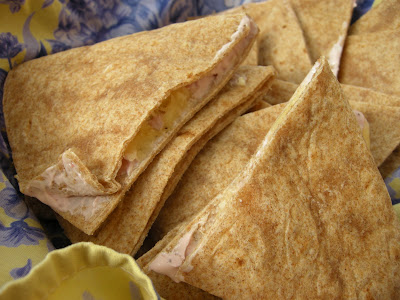