Sweets and No Real Food = Boy With Belly- Ache 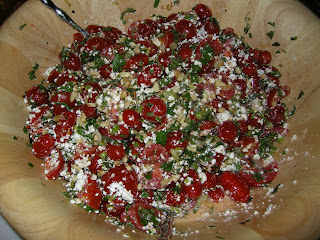 When Izzy awoke at 5:00 a.m. crying I couldn't figure out what was wrong. Was his nose stuffed? Was he thirsty? No, he had a belly-ache, something that has rarely ever happened to him so he difficulty explaining it. I figured it out when he asked to use the potty. And then it all made sense... I reviewed what Izzy had eaten the whole day through and it surely did not amount to much.

We spent Father's Day (without Izzy's Papa who was still away), at Grandpa Joe's. The food was plentiful but there was plenty to distract Izzy from eating it (most notably a giant ring pop).

On an ordinary day, Izzy would have tried many of the dishes that graced the table. He loves cherry tomatoes and there was a beautiful, tasty salad with cherry tomatoes, cheese, and basil. He wouldn't go near it. Green beans with a spicy kick? They didn't merit a second glance although they top the veggie list at home. There was also guacamole, spinach salad, large hunks of sliced steak, chicken vindaloo, baked breaded chicken, baked tilapia on a bed of veggies and the list goes on.. But what did Izzy eat??

4. A Ring Pop and a Brownie 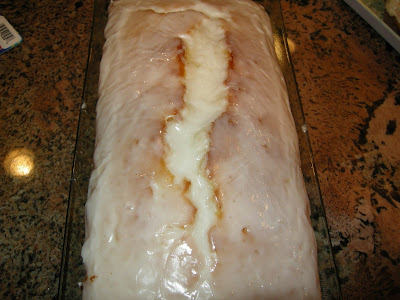 I brought home a few slices to share with him but they disappeared before I had a chance to offer him a bite...

Often moms complain that their children don't eat well at parties because they are distracted. Izzy doesn't eat as well as he might normally, but usually manage to ply him with a few healthy choices. Hopefully this party was an exception.
Posted by Izzy's Mama at 6/18/2007 09:37:00 PM