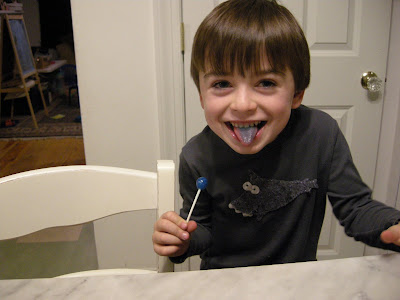 Izzy revels in the rare indulgence of a blue lollipop. Giddy with delight, isn't he?

Never you mind that the very idea of blue food makes me cringe. But if Mama doth protest too much, there is that awful chance that my dear boy might begin to covet blue foods. 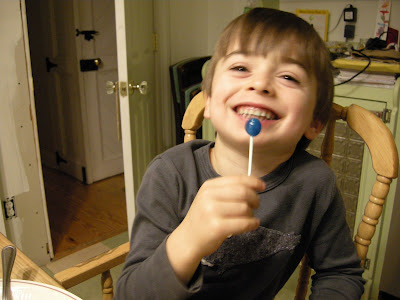 He fished this lolly out of a bag of party loot that has remained tucked away in a cabinet since last weekend. When I remarked that there was too much candy for him to possibly eat he generously offered to give out the rest as Halloween candy. I could barely believe my ears. Maybe he doesn't love the stuff all that much after all.
Posted by Izzy's Mama at 10/25/2008 10:20:00 PM