Travel Six Hours For Dinner: Would You? Could You? 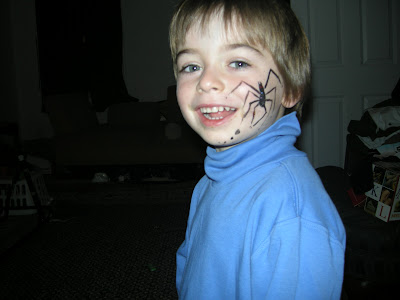 Come next Friday, it will be five weeks that A. has been away (except for a brief two day visit in the middle). This morning Izzy seemed to be especially melancholic since Saturdays are generally their day together. It was as if he expected him to be here and couldn't exactly fathom why he wasn't.
I can't say as I was in such a perky mood myself but I managed to play some "Papa games", which involve giant clams and then we were off to the Van Vorst Farmer's Market. On our way there, I was surprised by a text message from A., asking if we wanted to meet him for dinner in NYC.

He was supposed to be working today but because of schedule changes had the afternoon off. I failed to mention that he is working up in North Adams, MA and this may have been convenient for us but certainly did not make much sense for him. He would have had to travel three hours each way in one day to get back for work tomorrow morning (yes, on Sunday, I know). At first I agreed to the offer, indeed a romantic idea, but after a few more minutes of reflection decided that A. would be better off relaxing where he was than schlepping all the way to NYC to see us for maybe two hours.

Later on, to cheer Izzy, we went out to a neighborhood celebration where Izzy got to have his face painted and then fashion his own Halloween costume, with materials and ideas provided by local artists and The Embankment...

Back home we drowned our sorrows in baking. Too much baking I was told. We spent more than two solid hours baking brownies and homemade oreos. More on that tomorrow.
Posted by Izzy's Mama at 10/13/2007 09:57:00 PM